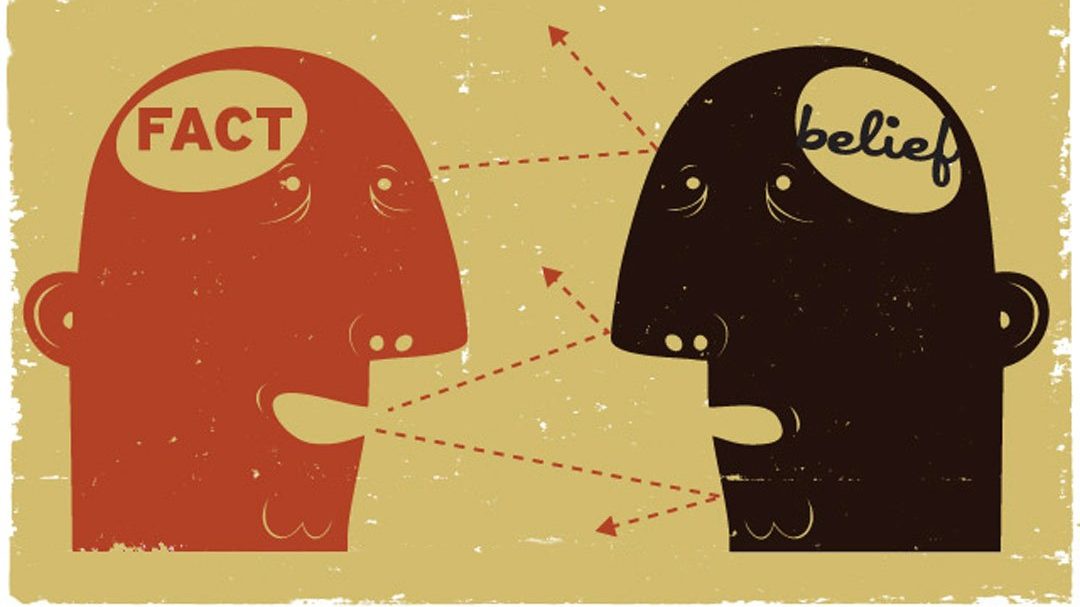 Over the past decade I have had the opportunity to speak to thousands of people about Islam across five continents.  At question time, the same issues keep coming up.  The questions which have stayed in my mind are all about world view assumptions.  These are key ideas which control the thinking of Western people when they are engaging with Islam.

Over time I have come to recognize some of these beliefs as clichés.  These ideas were once original and even controversial, but over time they have become like mental wallpaper: ever-present, overlooked, comfortingly familiar, and increasingly anachronistic, yet setting the tone.  People so readily process matters of the utmost importance through the grid of trite ‘truisms’ that are in fact easily falsifiable yet comforting falsehoods.

Challenging these clichés is never simple.  It can be as messy as stripping wallpaper.  What is needed is a total strategy to renew people’s souls, by contending for their whole mental outlook, not just individual parts of it.   It is not enough to demonstrate the folly of particular ideas.  What is needed is a total worldview makeover, which enables people to step away from their failing worldview together with its empty clichés.  These clichés are really false beliefs about the world, and to correct them people more than just a few ‘idea transplants’.

People also need hope: to abandon a comforting false idea, unpalatable truths needs to be presented in a way which is not negative, but which empowers and encourages people, giving them practical ways to live positively.

Consider for example the notion that all religions are the same.  This is widely held, but it is easily falsifiable.  Different religions project conflicting ethical standards, and produce very different societies.  What people believe makes a difference to how they choose to live. Examples abound and are easily identified.  India’s caste system is a product of a belief in reincarnation.  Saudi Arabia’s discriminatory treatment of non-Muslims and women is a product of Islamic theology.  The United States’ historic commitment to human equality and freedom have been significantly shaped by Christian theology.

However rejecting religious relativism can be costly, because to do so raises the implication that individuals have a duty to judge between religions.  If religions or their parts can be bad or good, and can harm or hurt societies, then we all surely have a duty to exercise discernment and critical judgement about what is bad and what is good. The prospect of making that judgement can cause intense cognitive dissonance for those who fear they will be rejected as bigots.

In order to cope – to minimize the dissonance – people often partition religious views into two categories: ‘moderate’ views which are ‘reasonable’ and accord with their own ethical prejudices, and ‘extreme’ views which are ‘unreasonable’ and wrong and deserved to be opposed.  Then they can oppose ‘extremist’ religion, while still maintaining the view that all religions are basically the same (if pursued in ‘moderation’).

This is a worldview ‘patch up’ which allows people to have their cake — preserving the belief that all religions are the same — and eat it too —rejecting and opposing ‘extremist’ religious views as invalid forms of religion.  This form of ‘tolerance’ allows a person to form highly prejudicial and intolerant objections to what they consider to be ‘extremist’ religious views, while at the same time being comforted by the thought that all religions are equal.  To move a person from this cobbled together and inherently self-contradictory view of religions requires a total world view makeover.

Another world view patch up is denial about what religions plainly teach.  An example is the bizarre lengths to which US agencies go to deny the doctrine of aggressive jihad, a phenomenon which extends even to the military (see here).  Another is the widespread denial that female genital mutilation is a religious practice of Islam.  It is a simple matter to find eminent, mainstream, contemporary Muslim scholars who argue that aggressive, violent jihad is part of Islam (such as Sheikh Al-Bouti of Syria, recently killed by a suicide bomber) or that female circumcision is a religious duty (see here).

Another example of a cliché among modern Western people is the belief that ‘progress’ will sort things out, making religions better over time.  During the Enlightment progress was a fresh idea.  Today it has become just a comforting but easily falsifiable cliché, outdated peeling wallpaper of the secular mind.  The comfort is that we don’t need to worry too much about any particular religion, because gradually ignorance will be dispelled as modern progress cures all ills.  Of course the evidence of the past century, including as the rise and rise of Islamic radicalism, and the descent of Christian Germany into barbarism under Hitler and the moral failure of so many German churches during that period, has given the lie to belief in religious progress, unmasking it as a fantastic delusion.

Today, to be someone who speaks cogently about differences between religions means one needs to present a coherent world view which offers hope, combined with realism.  What we cannot afford do is tolerate cobbled together clichés in the vain belief that this will provide the guidance we need in seriously troubled times.