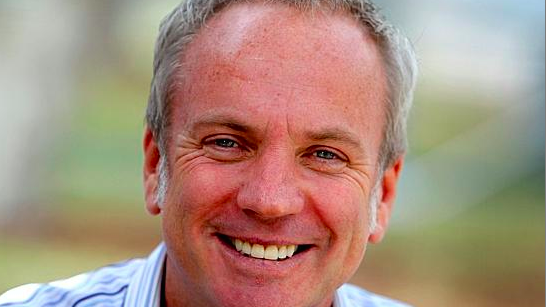 Today the Sydney Morning Herald reported that Michael Smith, 2UE Radio Host, is being investigated by the Australian Communications and Media Authority “over his assertion that the prophet Muhammad ‘married a nine-year-old and consummated it when she was 11′”.

It would be excellent if Australian authorities did look into Muhammad’s marital arrangements with his young wife Aisha, because it is a significant human rights issue which will not go away.

Accuracy in reporting is always important, and all the more so because Muhammad’s example is regarded as perfect by pious Muslims, and a model for all humanity to follow.  The circumstances of Muhammad’s marriages provide a fundamental point of reference for sharia law.  They determine, for example, the marriage age for girls in societies which seek to comply with the Islamic sharia.

The fact of the matter is that Michael Smith got his facts wrong.  The matter is worse than he said.  According to the most authoritative Islamic sources, Muhammad married Aisha when she was 6, and he consummated the union when she was 9.  He was 53 at the time.

The following accounts are from the most highly regarded sources on Muhammad’s life, the Sahih al-Bukhari and the Sahih Muslim. These are considered to be reliable and authoritative by pious Muslims.  Several other highly-regarded sources confirm these reports.

Narrated ‘Aisha: I used to play with the dolls in the presence of the Prophet, and my girl friends also used to play with me. When Allah’s Apostle used to enter (my dwelling place) they used to hide themselves, but the Prophet would call them to join and play with me. (The playing with the dolls and similar images is forbidden, but it was allowed for ‘Aisha at that time, as she was a little girl, not yet reached the age of puberty.)  (Sahih Bukhari 8.151)

Muhammad explained that he had to marry Aisha because he dreamed about her:

The subject is discussed on pp.52-53 of my book The Third Choice, where I explain:

Based on this example, and the Quranic verse Q65:4, Islamic scholars even developed regulations for remarrying young girls, namely that a divorced prepubescent girl would need to wait three months before remarrying (this waiting period is known as the ‘idda). Thus the Sahih al-Bukhari includes the following passage in the Book of Marriage:

(39) CHAPTER. Giving one’s young children in marriage (is permissible)
By virtue of the Statement of Allah ‘… and for those who have no (monthly) courses (i.e. they are still immature) (V.65:4).

And the ‘Idda for the girl before puberty is three months (in the above Verse).
5133. Narrated A’isha that the Prophet married her when she was six years
old and he consummated his marriage when she was nine years only, and
then she remained with him for nine years (i.e. till his death). [Tafsir Ibn Kathir. Commentary on Q65:4. Vol. 10, p.43 – or visit www.tafsir.com]

The same is for the young, who have not reached the years of menstruation.
Their ‘Iddah is three months like those in menopause. This is the meaning
of the saying ‘and for those who have no courses’ [Q65:4]

Such reports of Muhammad’s life are found in the hadith and sira, and should be well known to trained scholars of Islam, but they are not meant to be discussed publicly, especially not before non-Muslims.

Nevertheless they have enormous practical consequences. Setting a marriage age of nine for girls is no matter of obscure theological interest or polemical debate, but an intensely practical issue of enormous consequence for the lives of countless young girls in Muslim nations.

The Ayatollah Khomeini, then in his late 20’s, married Batoul Saqafi Khomeini when she was eleven years old, following his prophet’s example. Today some Muslim countries make 9 the minimum age of
marriage for girls, and in others such marriages are not prevented, even though they may be illegal. Countless thousands of young girls’ lives are affected by Muhammad’s example in marrying Aisha.

One hopes that the Australian Media and Communications authority corrects Michael Smith’s error, and informs the  public of the actual marriage age of Aisha – as reported in authoritative Islamic sources.  They could also explain to the public the human rights implications of this well-documented fact.

The right of Australians — Muslims and non-Muslims alike — must be respected, to comment upon Muhammad’s life freely and openly, because it impacts the human rights of millions of fellow human beings.  This is not about sacred history, but about the lived conditions of people all over the globe.

Everyone has a right and a duty to inform themselves about Muhammad, and to speak up to discuss the interesting and important challenges which his life presents to people living in the world today.

PS Michael Smith was acquitted by ACMA for his 2011 comments.  However in 2014, he was sacked from filling in on a different station, 2GB, after he made similar (but more accurate) comments about Muhammad.  When 2GB program director David Kidd called Smith to cancel the booking, Kidd told him Smith he could not “call a deity a paedophile”, turning Muhammad into a god.