A Letter from Patricia 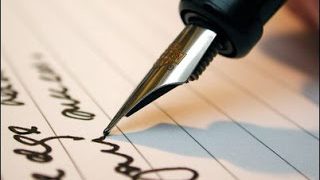 Last year I received a hand-written letter from ‘Patricia’, responding to something I had written on changing Ausralia’s marriage laws, in which I argued that society should support the norm of marriage as a couple raising their own biological children.  I enjoyed reading Patricia’s thoughtful letter, which was clear and well-expressed. Here is her letter and my reply.

My observations are that divorce causes far more problems to children than whether they are biologically related to their parents. There are so many reasons why couples or singles are not the biological parents: bereavement, re-marriage, infertility, adoption, “mistakes” … most of them heterosexual.

I think it’s far more likely that commitment, security and love are the stability children need to thrive in.

It seems to me that “NO” position is mostly fear-driven – coloured by centuries of condemnation and persecution of homosexuals. But they (like women, who have also endured being “other” for so long) are as much made in the image of God as heterosexual men and women.

Surely it’s a both/and situation? Marriage between a man and a woman remains unchanged. But also, now, at last, to recognise fully the normality of same-sex orientation. No one loses and we all gain, especially children?!!

Thank you for your letter to me from October, which has been sitting on my desk all this time, waiting for a time when I could write a considered reply.  I do appreciate the care and thought you put into this letter, and your consideration in sending it.

Your comments about divorce causing harm reminds me that marriage is important, and its breakdown costly.  I agree that there are many reasons why custodial parent(s) of a child might not share a biological connection with the child.  It’s striking how much variation around the world there is in what are ‘normal’ family structures.  In the UK and New Zealand around 50% of children are not born to married parents.  In Iceland and among African Americans, the figure is over 70%.  In Australia the ‘illegitimacy rate’ (ugly term) has been around 30% in recent years.  Over time these percentages have been rising all around the world.  Family structures are weakening, and it seems that for a society to support families and encourage stability and commitment in child rearing is valuable.

I do agree whole-heartedly with you that ‘commitment, security and love’ are vital to provide the security which children need in order to thrive. However there is also research evidence, across many studies, that outcomes for children are better, on average, when they are raised by their own biological parents in a committed marriage.  We know, for example, that step-fathers are much more likely to abuse their step-children, in a variety of ways including sexually, than biological fathers.  I am NOT saying that all step-fathers are bad, nor that all biological fathers are good!  But I am saying that a loosening of family structures will have consequences for the overall quality of child rearing in a nation.  If a nation’s expectations of what is a normal family structure change, this will impact outcomes for children.

I was disappointed to read you say that you believe the ‘no’ position is mostly fear-driven, and grounded in bigotry. I have no doubt that is true for some individuals, but to (apparently) tar me as a fear-driven bigot, since it was my advocating the ‘no’ position that you were responding to, feels painful, rejecting and unwarranted. You are motivated by compassion for same-sex attracted people, but to assume hatred is the main driver for ‘no’ voters is deeply problematic in itself.  Surely there is a better way to engage than this?

I completely agree with you that all people are made in the image of God, as Genesis teaches. And of course this applies to all people, irrespective of their sexual practices or desires.  However it is significant that the wording in Genesis is that he made us male and female in the image of God. I don’t believe what has become commonly accepted, namely that homosexuals and heterosexuals are different types of people. This idea is a relatively recent construction, a ‘neologism’.  It was Sigmund Freud who proposed that people were to be categorised, not according to their God-given gender, but according to their sexual desires, thus inventing the idea of sexual identity.  This is a fictional identity, which robs people of their true identity of being male and female divine image bearers. It was Michel Foucault who rightly summarised this shift, which moved homosexuality from a practice to an identity, as ‘the homosexual became a new species’. (I have found Rosaria Butterfield’s books helpful in making sense of the history of these ideas.)  So while I am completely at ease affirming that all are made in the image of God, my clarification would be that we are made male and female in the image of God, not homosexual and heterosexual in the image of God.

I disagree with your view that ‘marriage between a man and a woman remains unchanged’. Heterosexual marriage is no longer a category at all under Australian law.  Marriage has been de-gendered, so a wedding is no longer between a bride and a groom, but between ‘party 1’ and ‘party 2.’  There are and will be many implications of this change, including for homosexuals..

You welcome embracing the ‘normality’ of same-sex orientation.  You rightly identify the key issue here as ‘normality’. I expect that eradicating hetero-normativity from our social structures will have far-reaching, potentially negative consequences for our society, including for children and their families.  The debates about the Safe Schools program have shown this very clearly.  I realise some would say that introducing the issue of gender ideologies and programs like Safe Schools into the marriage debate was a red herring, but your observations about changing perceptions of ‘normality’ underscore for me that de-gendering marriage is part of a larger process of de-normalising hetero-sexuality.  In order for homosexuality to be normalised, it will be necessary to de-normalise heterosexuality, including in schooling. This change will impact everyone, not just homosexuals. And to be sure, this could make life difficult for people like myself, who don’t reject hetero-normativity.  Our beliefs will become stigmatised.

Nevertheless, I am at peace about the change in Australia’s laws. One of the plusses of degendering state marriage is that Christian marriage is more obviously distinct, which is a good thing.  Ultimately it would be better if pastors were not licensed by the government as state marriage celebrants, as this would help make the difference between a Christian marriage and a state-registered union even clearer.