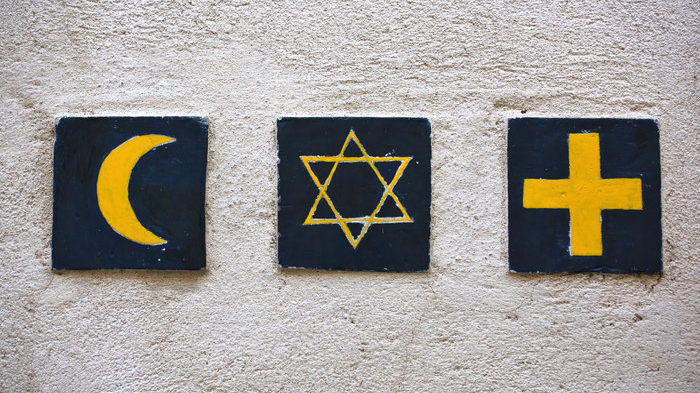 31 May Islamophobia comes to Canberra

Are we to let our freedoms be shaped by the worst kind of intolerance found in the sharia badlands? How will discrimination among religions based on fear distort human rights?

Like student magazines all over the world, Woroni, put out by students at the Australian National University, publishes satire. It did when I attended 30 years ago, and it still does today. Much of what is written is offensive to someone or other, but it is a rare day when the university pays any attention.

However last week, The Australian newspaper reported that university authorities responded to a complaint by international students to compel Woroni “to pulp a satirical infographic which described a passage from the Koran as a ‘rape fantasy'”.  Rachel Baxendale wrote:

The University also threatened student authors and editors of the infographic with disciplinary action, including academic exclusion and the withdrawal of the publication’s funding.s

The piece was a fifth in a satirical series entitled “Advice from Religions” which had previously discussed Catholicism, Scientology, Mormonism and Judaism.

No complaints were received about any of the earlier installments.

The university issued a statement that:

… the infographic breached university rules and Australian Press Council guidelines, as well as posing a threat to the ANU’s reputation and security.

“In a world of social media, (there is) potential for material such as the article in question to gain attention and traction in the broader world and potentially harm the interests of the university and the university community,” the statement said.

The university cited an ugly demonstration by Muslims which took place in Sydney on September 15, 2012, and the Jyllands-Posten cartoon controversy.

The Sydney demonstration involved protestors displaying placards such as “Behead all those who insult the prophet” and “Sharia will dominate the world.”

Baxendale reported that one of the Woroni editors was told by a complainant: “I don’t think you understand the seriousness of this. In Pakistan, people get shot for this kind of thing.”

This logic is terrifying. People can get shot for many things in Pakistan: for gay sex or for belonging to the wrong Muslim sect. Are we in Australia to let our freedoms be shaped by the worst kinds of intolerance found in the sharia badlands?

The Australian National University was motivated by raw fear — of Islam. They virtually admitted as much. They did not bat an eyelid when diverse religions were mocked week after week in the pages of Woroni, but Islam is different. It seems the university did not even go through the motions of pretending they were acting to protect Muslims: they just didn’t want to get hurt.

This is a real example of true Islamophobia, in which an individual or organization discriminates between religions on the basis of the degree to which they fear Islam. The Australian National University has shown itself to be genuinely Islamophobic, yet at the same time, sharia-friendly.

This is the surrender of fear, which aligns with Muhammad’s call to non-Muslims to aslim taslam: “Surrender and you will be safe.” The Australian National University has acted to secure its safety, but at a great price.

This university could dig deeper and consider two implications of their actions.

One is: Why is it they have such fear of Islam? Do their actions show that they agree with Geert Wilders that “Islam is the problem”? Do they agree that it is Islam’s own theological characteristics that have caused Australia’s leading university to threaten its students with expulsion, simply for doing what students have always done?

The second question is: How will discrimination among religions based upon the criterion of fear distort human rights and the very fabric of the society in which we live? Are we to bow down before Islamic dogmas in every domain of life, out of the fear of being shot “as in Pakistan”? Will the demands of Islamic sharia determine the boundaries of human safety in every corner of the globe, as the September 2012 Sydney protestors so brazenly demanded?

This post was first published by the Gatestone Institute.