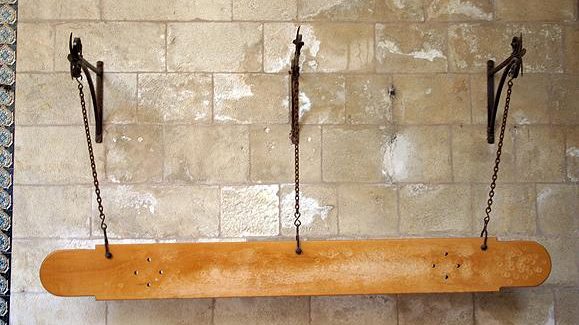 Posted at 13:55h in Uncategorized by Mark Durie 0 Comments

in your recent  statement on persecuted Christians at Christmas you stated:

In some areas of the Middle East where church bells have rung for centuries on Christmas Day, this year they will be silent; this silence bears tragic witness to the brutal atrocities committed against these communities by ISIL.

When you say that ‘church bells have rung for centuries’ you are not speaking the truth.  Bells have rung in Syria and Iraq for not much more than a hundred years, at most.

As determined by Islamic law, church bells did not sound throughout the middle East for more than a thousand years from the 7th century conquests until modern times (except under the Crusaders).  This was due to the conditions set by the Pact of the Caliph Umar, by which Christians of Syria surrendered to Islamic conquest in the 7th century AD.  In this pact the Christians agreed that “We will not sound the bells in our churches.”  Churches in regions controlled by Muslims used quiet gongs (semantrons also called nakos) instead of the forbidden church bells.  Examples of these are still visible in Jerusalem to this day (see featured image of an nakos on the Armenian church of St James).

The pact of Umar is an example of what is known as a dhimma pact.  Christians living in regions conquered by Islam were known as dhimmis.  As dhimmis they were not permitted to display their religion in public.  The silence of the bells was just one of many restrictions imposed upon Christians by Islamic law.

Hamas, when it took control of Gaza, also re-implemented dhimma conditions over Christians, and ISIL has now done the same in regions it controls.

The silence of church bells for more than a thousand years across the Middle East bears witness to the conquest and long-standing suppression of Christian societies under Islamic rule.  Recent genocidal attacks on Christians by ISIL are sadly but the end-stage of a long series of abuses.  They are the culmination of an historical process, not a departure from it.

President Obama, it is good that you have desired to speak up for persecuted Christians, but when you do so, please speak the truth.  Please do not whitewash history, because to do so partners with abuse.