The Pentecostals are Coming 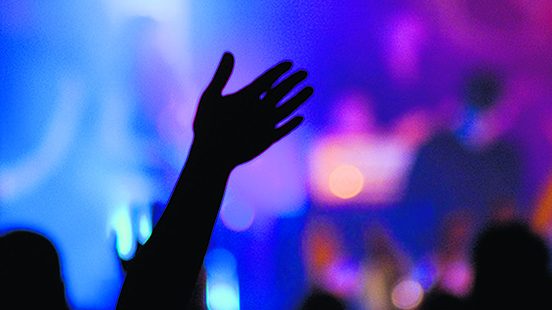 The appointment in 2018 of Pentecostal Christian Scott Morrison as Prime Minister of Australia reminded me of the title of Peter Wagner’s 1973 book Look Out! The Pentecostals are Coming. Wagner was right. The Pentecostals were coming, they have arrived, and they will keep on coming. Although Wagner was writing about Latin America, where Pentecostals now number 100 million, the phenomenal growth of the Pentecostal movement is a worldwide phenomenon.

In Australia, the Australian Christian Churches (formerly the Assemblies of God) are the largest Protestant “denomination” in terms of weekly attendance, and in the future their position can only strengthen. Today only one in 10 Anglicans is a young adult, but the figure for Pentecostals is one in three, so even if Pentecostals did not continue to grow by evangelising the young, as they have been to great effect, their age profile today alone will ensure that they take up a larger and larger slice of the Australian Christian pie for decades to come. At the same time, the longer-established denominations continue to suffer generational attrition. It is highly likely that a few decades from now church-going Australian Pentecostals will be more numerous than active Catholics.

Of course it is awkward to speak of “denominations” in the same breath as “Pentecostals”, because Pentecostals think of themselves as belonging not to a denomination, but to a movement.

There are many reasons for the growth of Pentecostalism. One is their embrace of culture, especially in music and events. Here their influence is profound. In most Melbourne Anglican churches which have significant numbers of younger adults attending, a great many of the songs sung were written by Pentecostals. This has been a momentous shift. The most frequently viewed performance of the choir of King’s College Cambridge on YouTube is Handel’s Messiah, so far viewed by 3.7 million. The King’s College Choir YouTube channel has 37,000 subscribers. In contrast, Hillsong Worship has 3.9 million subscribers, and its most viewed clip, What a Beautiful Name, has had 290 million views. On YouTube, King’s College Cambridge has about 1 per cent of the audience of Hillsong.

I do not like labels. My childhood experience of Christianity was Anglo-Catholic, but if I had to call myself anything it would be “charismatic evangelical”. If I hadn’t become an Anglican pastor, I might have been a Pentecostal one. That is, if I had proved capable of planting a church from scratch.

Some years ago I met a Pentecostal pastor at a pastors’ retreat. He was leading a thriving church in the city of Casey. He shared with me that he and his wife had come to faith through an Anglican church, which had discipled them well, for which they would always be grateful. Feeling called by God to plant a church in that part of Melbourne, he approached the Anglican Diocese to advise of the Holy Spirit’s leading. It was explained to him that after four years of full-time theological study he might be ordained, and then there was a possibility he might end up being licensed to an existing Anglican church in the area. So he joined the Assemblies of God, who discerned his gifts and the call on his life, and released him to be a church planter. Perhaps they gave him a sound system to get started. Like countless other Pentecostal church planters, he was tent-making for a while, earning his living with a day job and planting a church after hours and on the weekends until the church grew large enough to support him. Today the mission statement on the Victorian website of the Australian Christian Churches leads with the words “Plant churches”.

Pentecostals and Charismatics tend not to be political. There are plenty of Anglican charismatics, but they are not organised, and they generate no voting tickets for synod. Wagner devoted a whole chapter of his 1973 book to discussing this phenomenon, which he called a “social strike”. In a study of Latin American Pentecostals, Swiss sociologist Christian Lalive lamented that Pentecostalism’s disengagement from political activism makes it “a force for order rather than an element of progress, a defender of the status quo and not a promoter of change”. A fairer assessment is that Pentecostals promote personal change very successfully. Wagner even suggested that there could be inverse relationship between a denomination’s focus on politics and its spiritual vitality.

Like it or not, Australian Pentecostalism will become increasingly politically influential as its social strength and influence on people’s lives continues to grow, while the political clout of traditional denominations declines. That we had a Pentecostal Prime Minister appointed in August 2018 is one sign of that emerging strength. The growing “war on the saints” in the West will also force Pentecostals to become more engaged in politics.

The spiritual worldview of Charismatics and Pentecostals places a high emphasis on experience, seeing it as essential to spiritual health. This is a useful correction to the stultifying influence which the Enlightenment had on Western Christianity, manifested, for example, in the innovative doctrine of cessationism, which proposed that the supernatural charisms died out with the apostles.

The rise and rise of the Pentecostals will have far-reaching implications for Australian Anglicans. This rise is happening at the same time as the decline of denominational Christianity, and a breaking down of denominational allegiances. The Anglican denomination’s age profile instructs us that congregations will continue to contract. In some Australian dioceses the average age of worshippers is over 70! The demography clock is ticking and we have a massive change-management challenge on our hands, which is likely to distract us from our core mission.

In the decades to come, as Pentecostal becomes the “normal default” form of Australian Christianity – and it will happen – this will inevitably have an impact on Anglicans. Apart from the flow of Anglicans into Pentecostalism, some Pentecostals will be looking for something that feels safer and more enduring, but they will bring with them an expectation of an experiential Christianity. Are we ready to welcome them, affirm their spiritual journey and value their gifts?